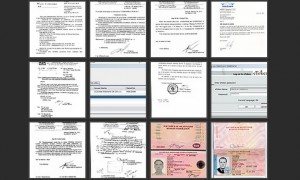 Russian Rosoboronexport Massive Leak – Hackers consider themselves to Anonymous, posted on the Web internal documents of the Russian Defence Export company “Rosoboronexport” . Reports of March 6 appeared in Twitter, as well as on Syberguerrilla.org . As stated by hackers, to gain access to the documents they were able to infecting computers of the Indian Embassy in the Russian Federation. Attackers explained their actions by political motives .

In a statement on CyberGuerrilla the hackers said:

“Taken into consideration recent Russian Government dillusional attempts
to start WWIII, WE – Free from Putin – people of Russian Federation –
Free computer renegades and outlaws from IT Security – have decided to
initiate a true domestic CyberWAr on Russian Military Enterprises and
Eventually we shall deliver critical infrastructure companies on which
Russian Putin’s Empire (foked in da head) stands on.”