Spec’s network gets hacked, a Texas superstore network selling wines, spirits, and finer foods, has announced that customer data at 34 of its locations may have been compromised by hackers. The company informed, that the compromise affected “an estimated fewer than 550,000″ customers and Spec’s employees. The attack began Oct. 31, 2012, and may have continued through March 20, 2014. 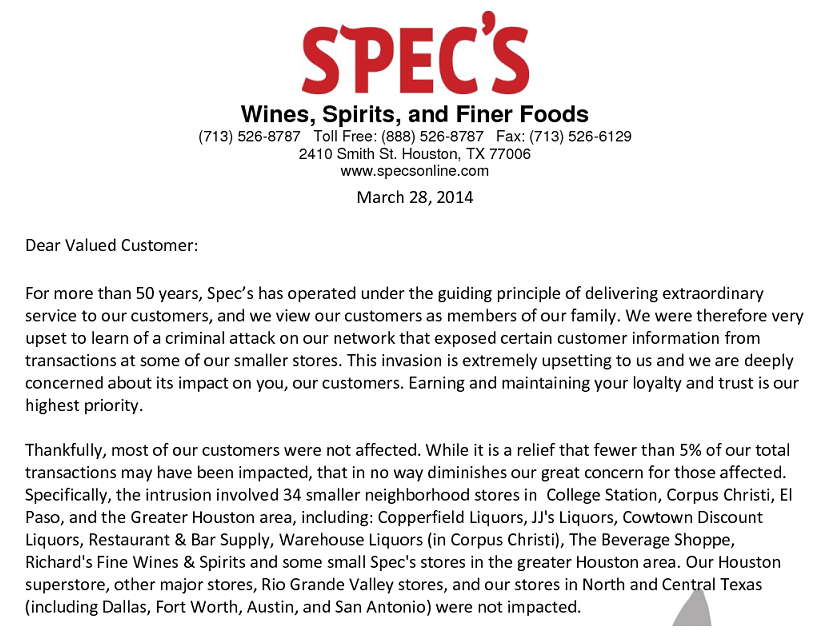